Food is our passion. Exceptional service is our hallmark. We serve the finest produce and extraordinary experiences at our restaurants and bars. Our delicious delights are never far away. In London, you’ll find them in our Piccadilly store, Heathrow Terminal 5 and The Royal Exchange – as well as our neighbouring 45 Jermyn St. And in 2019, we opened a bar and restaurant in Hong Kong, in K11 MUSEA, where our customers are able to enjoy our delicious food, whilst gazing across the Victoria Harbour.

Commissioning only the finest products, from First Flush Darjeeling – to exclusive perfumes and our iconic hampers; everything at Fortnum’s is exceptional, including the service. Our knowledgeable, talented and skilled team are dedicated to making the everyday special for our customers.

Our story began over 300 years ago and its one that simply wouldn’t have been possible, if it weren’t for the passionate people working hard behind the scenes. Our Head Office team inspires, enables and empowers our ambitious growth plans, so that we can continue to deliver a sense of joy and delight for another 300 years.

With our shelves constantly stocked with ornate and original products, our warehouse and logistics teams display care and attention to detail so that our customers can shop all the joy giving things Fortnum’s has to offer. 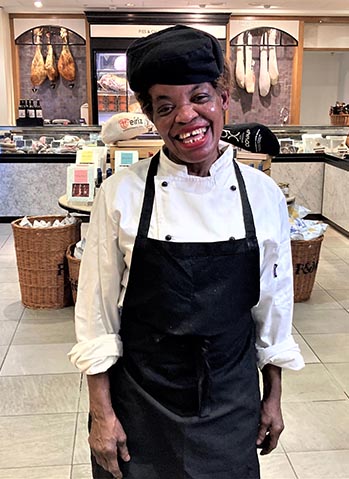 Originally from Kenya, Esther has worked in the Fortnum & Mason Food Hall since it opened over a decade ago, and has an encyclopaedic knowledge of the products she serves.

From chili infused Biltong and newly carved Iberico ham to chicken, red pepper and spicy nduja pies, Esther works at the heart of a veritable Fortnum’s smorgasbord – and is well known to many of our most loyal customers. 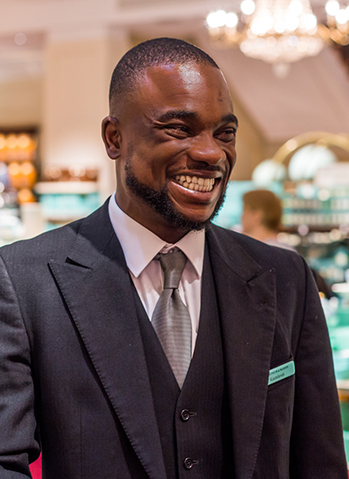 “As a Replenishment Supervisor on the Ground Floor, I spend time in all departments, from grocery and confectionary to tea and coffee. My job involves working with both the warehouse and replenishment teams to make sure there’s sufficient stock on the floor.” 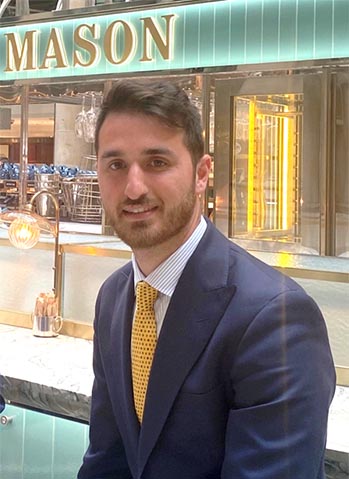 Giuseppe Francesco Perrotta is the General Manager at Fortnum & Mason's iconic venue The Royal Exchange, starting his career in his father's banqueting and Events Company as a teenager.

During this time he served Pope Benedict XVI in Italy and has gone on to gain considerable experience in Europe, The Middle East and now London.

He has hosted two Fortnum & Mason Food & Drink awards – in September 2021 and May 2022 – and has worked on high profile VIP events, including some which were held in June 2022 to mark Her Majesty Queen Elizabeth’s Platinum Jubilee.